Manuel Quintano was born in Labastida, Álava, into a family with owned vineyards. He was trained in his hometown, completing studies in Bayonne and becoming a priest in 1782. Manuel Quintano applied for the first time in his Bodega de Labastida the Bordeaux techniques learned in the French Medoc. His interests were aimed at the correct and efficient wine aging system, which he was sure had as much aging potential as French wines, convinced of the enormous future of a region, whose history was written in the vines of the peoples that run through its geography. 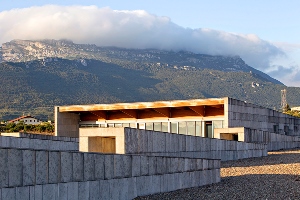 In Bordeaux he studied the production process from harvest to racking, highlighting three keys; the elimination of most of the rampojo during the treading, the soft pressing and the transfer and clarification techniques.

The good results encouraged Manuel Quintano to request authorization to be able to make shipments to the American continent. Since 1795, Labastida wines have been shipped to this day.

The dream of Manuel Quintano more than a century ago, was to manage to imprison the character of the grape, in a wine that was capable of challenging time at a time when it was doubted that aging was possible. Time proved him right.