Following in the footsteps of various generations of the family who have dedicated their lives to the vineyard, the 3 brothers, José Luis, Juan Mari and Iñigo took over Bodegas Dominio de Berzal with great impetus and new ideas. The winery started selling young wines since 1980.

In 1999 the new winery was inaugurated. A new building was built so that the wines could be made in a more practical and efficient way. 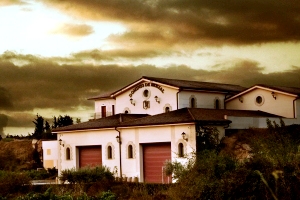 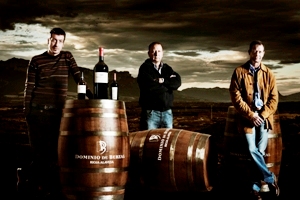 All the grapes used to make Bodegas Dominio de Berzal wines come from the winery´s own 50 hectares of vineyards of which 80% is Tempranillo, 10% is Viura, 5% Graciano and the remaining 5% is Mazuelo, Garnacha and Malvasía.

The family run winery is located in the small village of Baños de Ebro, in Rioja Alavesa, on the banks of the River Ebro.

Inside the winery there are offices, a lab, where their promise to continually improve is put to the test, a tasting room to welcome visitors and a dining room. In a separate building there is a bottle cellar, where wine ready to be released into the market is kept. The grape selecting area which is used during the harvest season is also found in the same building. The fermentation and barrel hall are both underground.

Bodegas Dominio de Berzal is surrounded by old vines which are over 100 years old.